Over 50 carefully curated network of high achieving female professionals and entrepreneurs gathered from the public sector, and business for the Abuja Leadership Series themed: “Leading in the Public Sector: Understanding and Unlocking the Opportunities in the Public Sector for Women’’ which held at Harrow Park Golf Club, Abuja from 9am-2pm. The event was hosted by the Inspired Women of Worth, an organisation which was launched in October 2010, in Johannesburg with its core mission to inspire and equip women for leadership in all aspects of life and in the community.

The objectives of the Abuja Leadership Series, was to educate and equip professional women currently serving in or interested in serving in the public sector, politics  or government in any capacity and to create a platform to give them access to a network of like-minded leaders for knowledge sharing and to leverage leadership and business opportunities.

In a welcome speech titled: The Leadership Journey, Mrs. Udo Okonjo, CEO of Fine and Country, and also Founder, IWOW network noted that “A lot of interest debate has been generated on greater diversity, and the question of gender inclusiveness both globally and locally. As a result, there’s been a measured rise of highly skilled female professionals and managers into management and leadership positions in the private sector. However, in the Nigerian Federal Civil Service which is the largest employer of Labour in Nigeria, 76% of civil servants are men, and 24% are women, while women hold only approximately 14% of the total management level positions in the Nigerian public sector.

Clearly, most senior leadership positions have been and remain the prerogative of men even in a population to where women make up approximately 49% of the population. The current administration under President Buhari, unfortunately has not brought any positive changes yet in increasing the involvement of more women at visible leadership positions with female ministers only representing 16% of his cabinet. She noted further that, Kenya and South Africa have government mandates for women’s representation on the boards of state-owned companies, while the private sector in Kenya, Morocco, Malawi, Nigeria and South Africa has integrated gender diversity into principles of good corporate governance. According to Udo Okonjo, equality for women is usually progress especially for the most vulnerable members of society.

We need to think differently and invest in women leadership as the way to change Africa’s political and economic landscape. Certainly with the population of women in Nigeria, there’s no reason why we can’t have a bold vision to close the gap between men and women in leadership roles starting with the public sector where Government has a 100% stake and say.

“The leadership journey starts with bold vision, and is usually triggered by exposure to great female mentors who have led and are leading the way and leaving doors open for other competent women to come through.”  Women who aren’t afraid to ask, demand and do what it takes to be found at the table with other competent men.  Udo Okonjo, who passionately believes that women are a treasure trove of possibilities, further encouraged the women present to begin to view the Leadership Series as a historic call to women everywhere to identify and take up leading roles in the public sector and other sectors of the economy. 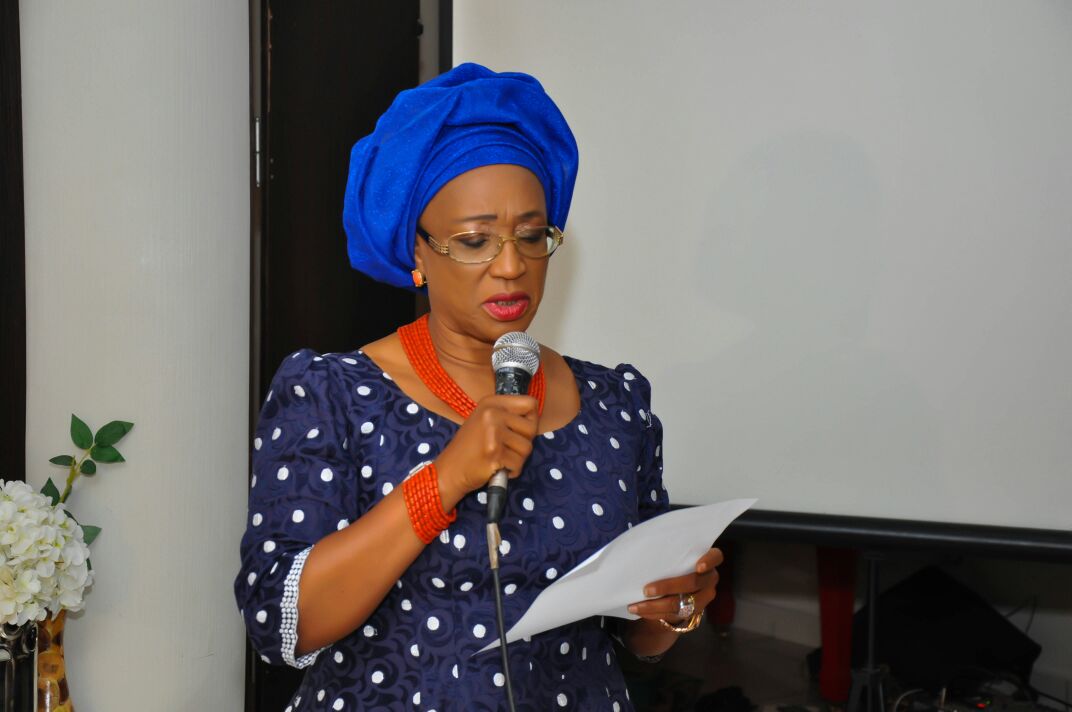 The very engaging keynote address was so passionately and articulately delivered by Former Ambassador, Dr. Kema Chikwe, who shared her journey and imminent rise in the public sector from her role as a diplomat, politician, teacher,   author,   publisher, wife, mother  and grandmother, representing a diverse group of women in an emerging Nigerian society.

She remarked that ‘’although certain cultural barriers has affected the role of women, it hasn’t however affected their ability to be intelligent, excellent, committed, hardworking, passionate and politically inclined to make a difference’. According to her, while society has defined roles for genders, the qualities which lead to success have not been defined or restricted to any gender.

She reiterated the need for women to be resilient in their pursuit for a place in the public sector, sharing her inspiring story. Dr. Mrs. Chikwe further stated that ‘’if you have an ambition to get elected or get appointed, you must learn to participate in party activities and you have to design an approach that makes you unique in the competitive arena of politics’’.

She advised ‘’that a successful career woman must be multi-talented, considerate and allocate time appropriately to the needs of the family. I believe a well-structured home is auto-piloted for success’’, while ending her session with the uplifting words on the power of resilience from the poem Christopher Columbus ‘’sail on, sail on and on and on’’.

Also speaking at the series was Dr. Jumoke Oduwole, SSA to the President on Industry, Trade & Investment in the office of the Vice- President, who shared on the role of excellence, humility, diligence and consistency in transitioning from the private sector to the public sector. She shared the importance of seizing the moment, networking with other like-minded professionals along with the principles of preparing diligently until opportunity meets preparation to unlock purpose. She also remarked that confidence is a critical bedrock to success.

Sophia Mbakwe, General Manager, Supply Chain Management, NNPC, shared her journey from her role in the private sector to now actively working with the government. She discussed the unending benefits and business opportunities available to women who desire or intend to do business with the government, emphasizing the need to have proper documentation and structure to be better positioned to access these opportunities.

The meeting ended with a walk on water pledge, where women affirmed to believe in themselves and be the best version of themselves even as they attained excellence in their individual lives and earn a place in the public sector, thereby inspiring the people they aspire to lead.